This site doesn't support Internet Explorer. Please use a modern browser like Chrome, Firefox or Edge.

Infrastructure and website monitoring with the world's most effective alerting. 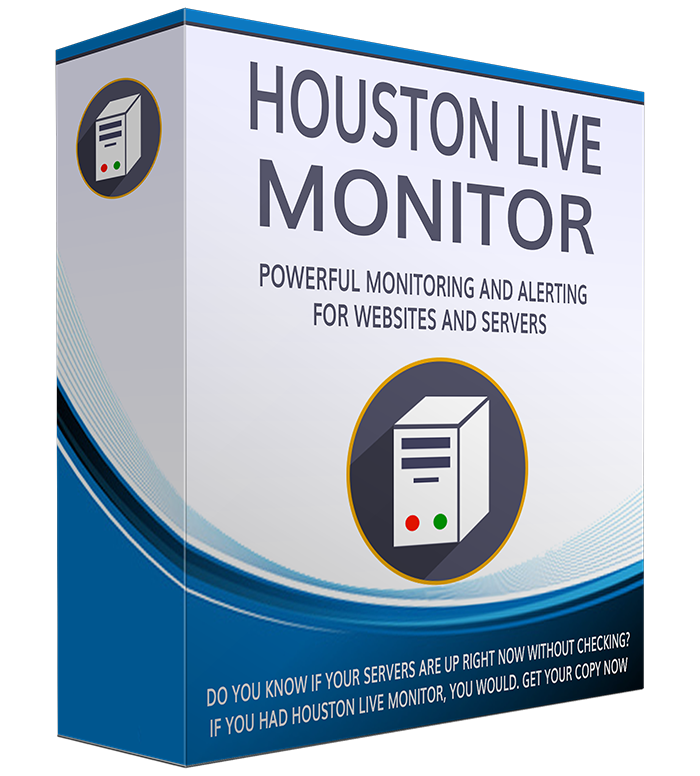 Don't GUESS whether your infrastructure and websites are up. You need to KNOW.

Make sure that not only do your websites load, but that specific text is on the page so you know things are working after automatic updates.

Ping critical infrastructure like servers, firewalls and network appliances so you can respond to outages more quickly.

Get notified when you're on the go with SMS alerts.*

Get the most powerful alerting in the industry with desktop alerts that pop-up on your desktop so you know immediately when something goes down. 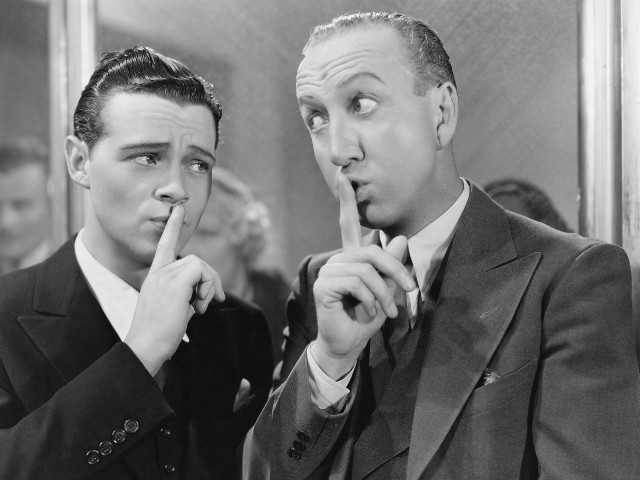 It's Our Little Secret! 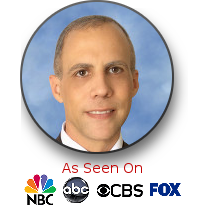 I’ve been running multi-million dollar IT departments for a really long time and even won the State of Florida Davis Productivity Award. If there’s one thing I know that a business hates, it’s downtime, because you’re either losing sales or wasting salary.

Did you know that, for a small business, every minute your website is down costs an estimated $137 to $427? So, let me ask you: Are your websites and servers up right now? Do you actually know without looking? I bet you don’t, but that’s not your fault because chances are that nobody’s ever told you the truth about this.

Right now, I’m going to spill the beans on something your providers probably don't want you to know.

What Nobody Wants You To Know

What’s a single big sale or new client worth to you? Probably quite a bit, and that’s why tons of companies pay anywhere $49 per month and up – almost $600 a year or more – for monitoring and alerting! And, if you think about it, even at that price, it’s worth every penny of it if the system alerts you to a downtime incident that you’re able to escalate and get fixed before it costs you a sale. Either that, or you have to build your own server, install the system from scratch, and configure every little detail from the ground up – but who has time for that!?

Could you go without it? Sure, and you could also drive without car insurance! Listen, I’m going to let you in on a little secret here. Websites and servers go down all the time without anyone ever knowing about it. After all, you wouldn’t actually know unless you happened to check while it was down, would you? Monitoring and alerting is important for the same reasons that insurance is.

Don’t let misleading “uptime” stats posted by providers fool you. Just because a server was up 99.99% doesn’t mean that your website was functioning correctly! Providers have all sorts of problems that crop up as they maintain their infrastructure. Whether it’s firewall changes, server patching, virtual container misconfiguration, toolset bugs, or their ISP going down, there are a million different things that can (and most likely do) take your website down – sometimes for hours – and yet your hosting provider still manages to claim their server was “up” 99.99% of the time. Just because the server is “up” that doesn’t mean that your website works! Any one of these little misconfigurations or bug scenarios can leave the server “up” while your website is down.

And these dirty little downtime-events aren’t theoretical “what if” sorts of things. In fact, according to Pyramid Technology Services, in a single typical year, 1,000 of the 1,800 servers – a whopping 55% – in a typical Google datacenter will fail! And then you’ve got all of the network components that also fail. Think about it: At some point or other, everything is going to fail. And that means either lost sales or wasted salary dollars. 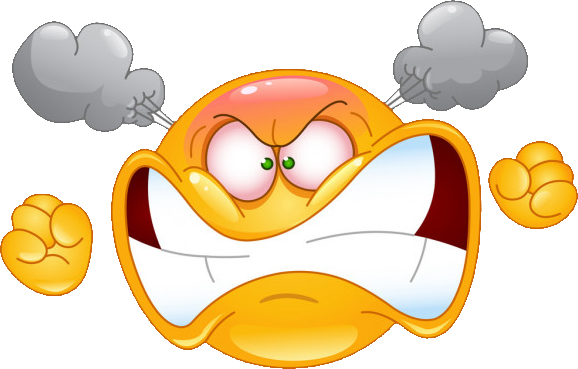 Most of the time, it isn’t their fault; things just go bad over time. In fact, failures happen regularly – and they’ve happened to me plenty of times over the years. And I’m willing to bet that these things are affecting your website, causing it to go down occasionally and you don’t even know about it.  And that’s why companies pay almost $600 a year or more for monitoring. And that’s not an exaggerated figure; it’s a real cost and on the lower end of the market, too – just check out well-known providers and you’ll see I'm not exaggerating

How much does it cost your business when someone buys elsewhere because your site was down? And the worst part is that you’ll never even know it happened.  It’s like a big hole in your bank account that you don’t even know is there.

If you’re in online marketing or do any kind of lead generation, do you know if your sites go down? When ranking means money, or if you're running Facebook or other social media ads that you're spending money on, you need to know immediately if your website has a problem.  Otherwise, you're literally throwing away money on ads.

OK, So What Are Your Options?

Spend 3-4x as much to build a highly-available solution with redundant everything.

Implement effective monitoring and alerting so that when (not if) something fails, you can respond immediately, escalate the issue with your provider, and minimize the downtime.

For many small businesses, the second option makes great financial sense if you aren't investor-backed.

If you've never used such a solution before, there are several reasons that you shouldn't rush out and spend big money right off the bat. You need to understand your infrastructure, staff and support capabilities both during the day and after-hours, and how they are going to fit together to actually respond to a critical incident. Knowing that a specialized, critical component failed isn't any help if there isn't someone who can do something about it, so the discussion about monitoring and alerting has to go hand-in-hand with a discussion about support.

As your organization begins responding to incidents more effectively, you're going to find that your needs out of a product are going to evolve. Your organization will develop new processes. I recommend that you start simple - and that's exactly why I created Houston Live Monitor. It gives you a great set of basic monitoring capabilities with some of the most effective alerting in the entire industry. It alerts in a way that most others solutions can't. More about that later.

Why I Created Houston Live Monitor

There are some cheap online monitoring tools. In fact that's exactly what I started with in my own business. I tried one of the ones that everybody talks about, but I’m not calling them out by name here. What's important to know is that their platform goes down at least a couple of times a month right the middle of the business day - and not just for a minute or two either. How can you even justify paying money for a monitoring service that goes down all the time?

Introducing The Best Alerting In The Industry

One thing I’ve seen in over 20 years of running IT departments is that email isn’t an effective alerting mechanism. We all get so much email that, invariably, when a really important one comes in, you aren’t going to be reading your email at that moment. I’ve seen time and time again where people didn’t see email alerts because they were actually, well, working.

SMS alerts are great in case you’re away, but sometimes they’re delayed. I've personally had such alerts delayed by over 2 hours. And, to be honest, I now get so many different kinds of notices via SMS that I don’t always look at my phone when one comes in. I wanted SMS, but I also knew that SMS isn’t enough. I wanted something designed around a mission-critical mindset that would ensure that if an alert came in, I literally couldn't miss it. That’s why I named Houston Live Monitor after NASA’s world-famous Houston Control Center. (No affiliation, although I really actually am a rocket scientist - but that's a story for another day!)

Houston Live Monitor is different because it monitors your websites and servers 24/7 and uses the most effective desktop alerting mechanism in the industry to help make sure you know when they go down: your own desktop. In addition to optional SMS alerts, Houston runs right on your desktop and pops up a window to tell you immediately if there’s a problem. If you run the tool in aggressive mode, it forces the alert to stay on top of all other windows until you acknowledge it – it’s nearly foolproof!  No web-based service can offer the native desktop alerting you get with Houston Live Monitor. It's physically impossible for a web-based tool to do that, because browser security controls won't allow this kind of native desktop integration.

Nobody beats Houston Live Monitor's alerting. And I do mean nobody.

And, unlike many traditional tools, we not only let you ping your servers and validate that a website doesn’t return an error message, but we actually allow you to validate that text you specify is present on the page. This catches all sorts of problems where the website might be “up” but dysfunctional, such as after a botched WordPress update or plugin conflict, expired SSL certificate, etc. so you can monitor all of yours blogs and websites.

Don’t leave things to chance. Take advantage of this limited-time special introductory offer right now while Houston Live Monitor is in Public Beta and save 67% off the normal retail price.